When most people think of the Inquisition and the subsequent expulsion from the lands where Jews had lived for hundreds of years in Europe, the immediate connotation is with Spain and Portugal. But the perpetrators of the Inquisition were equally active in the southern part of Italy. In Sicily, for example, there were once 52 Jewish communities; all were decimated by the early part of the 16th?century.

There is another surprising and lesser known similarity: just as there is a reawakening today in Spain and Portugal of awareness among Bnei Anousim ? the descendents of people whose ancestors were forcibly converted to Catholicism by the Inquisition some 500 years ago and to whom historians refer by the derogatory term ?Marranos? ? there is a parallel revival happening in southern Italy as well.

To address this growing interest among Italian Bnei Anousim in their Jewish roots,?Shavei Israel?has teamed up with two local Italian Jewish organizations to offer special programming to the region. And starting this month, southern Italy will have its own?Shavei Israel?emissary. Rabbi Pinchas Punterello, who previously served as the rabbi of the Jewish community in Naples, will now travel throughout the region, meeting and teaching Jewish content to individuals and small communities of?Bnei Anousim?wherever they may live ? including some of the most remote villages and towns.

Shavei Israel?is working with the Jewish Community in Naples and the UCEI (the Union of Italian Jewish Communities) to organize activities for southern Italy. In addition to Rabbi Punterello?s travels, there will be Jewish classes by email and Skype, as well as weekend seminars.

The first such seminar ? a weekend?Shabbaton???was held earlier this month in the coastal town of Calabria and was attended by 80 people. The Shabbaton was an opportunity for Bnei Anousim in southern Italy to meet each other, to pray, eat and learn Torah. But perhaps most importantly, it enabled the group to discuss the rapid changes occurring with Italian Bnei Anousim and what more can be done to turn this burgeoning desire into actionable deeds.

Shavei Israel?s?Educational Director Rabbi Eliyahu Birnbaum has been spearheading our efforts in southern Italy. He explains that there is a new reality in the area, ?one where people increasingly would like to be a part of the Jewish community and Jewish life. But these descendents of Anousim live in many different places, some very isolated from each other. That makes it very tough. The best way to connect people to Judaism is always through a community. But this is impossible for many of the Anousim in southern Italy.?

The Bnei Anousim in southern Italy discover their roots in the same ways as Anousim elsewhere, Birnbaum says: through family stories, mysterious Jewish objects and books uncovered at home, strange customs around eating, the Sabbath and holidays, and even mourning rituals (such as covering mirrors after a death). ?People are reaching out and trying to find us,? explains Rabbi Birnbaum. ?We don?t need to convince them. It?s the opposite. It?s very clear they want to be Jewish. It?s our job to do our best to support them in their quest.?

Heading up that support is?Shavei?s?new emissary, Rabbi Punterello, who was born in Italy and moved to Israel several years ago where he has been studying with Rabbi Birnbaum in Jerusalem. In his new job, Rabbi Punterello will spend two weeks out of every month in Italy again.

What has changed recently in southern Italy that has brought about such a strong interest in rediscovering long-hidden Jewish ancestry? Rabbi Birnbaum proposes that it is part and parcel of life in a post-modern world. ?Their interest in Judaism is not political. All of these people who are interested in their history are professionals with a good social and economic level. But they have spiritual needs which are not being met. Connecting to their roots addresses that.?

How many Bnei Anousim are there in southern Italy? ?It?s too early to tell,? Rabbi Birnbaum says. ?We are just at the beginning of a process.? And the overall numbers of Jews in southern Italy are small: the Naples Jewish community, for example, has only about 250 members, not including Bnei Anousim. Nevertheless, ?for sure we are speaking about thousands of people,? Rabbi Birnbaum affirms.

Southern Italy has a long and sometimes colorful Jewish history. The small port town of Trani once had a thriving Jewish presence and no fewer than four synagogues dating back over 1,000 years. While Trani today has no Jewish community, in 2004, one of its medieval synagogues, the Scolanova, was officially returned to the Jewish community after being used for centuries as a church.?Shavei Israel?Chairman Michael Freund wrote about the community?here.

In another southern Italian village, San Nicandro, a Jewish community evolved in 1930 when Donato Manduzio, a self-taught local peasant and disabled World War I veteran, embraced Judaism on his own after having a visionary dream. The community, numbering close to a hundred, formally converted in the 1940s. Most made?aliyah?in 1949. We have a complete section on our website with details on San Nicandro [link].

Today, there are still a few dozen members of the community in San Nicandro who are living a Jewish life and practicing Judaism, even though they did not undergo a formal conversion.?Shavei Israel?maintains contact with the community, and has sent them various Jewish religious objects and educational materials. In addition, there is a community of 35 Bnei Anousim in San Nicandro. Rabbi Birnbaum has written about the community?here.

For his part, Rabbi Birnbaum has been traveling to Italy regularly for the past two years ? in addition to his work as?Shavei Israel?s?Educational Director, he serves as the chief rabbi of Turin, a large industrial and business center in the northern part of the country, and spends most weekends with the community there. Rabbi Birnbaum is fluent not only in Italian but Hebrew and Spanish (he was born in Uruguay but made?aliyahwhen he was a child). He also served as the chief rabbi in Uruguay prior to his current post.

Rabbi Birnbaum says that another Shabbaton for the Bnei Anousim of southern Italy is already in the planning stages and that, once Rabbi Punterello gets further into his job and is able to gather more specific input from the community, a date and agenda will be set. We will, as always, keep you informed.

We have a few?pictures?from the most recent weekend seminar here.

This site uses Akismet to reduce spam. Learn how your comment data is processed. 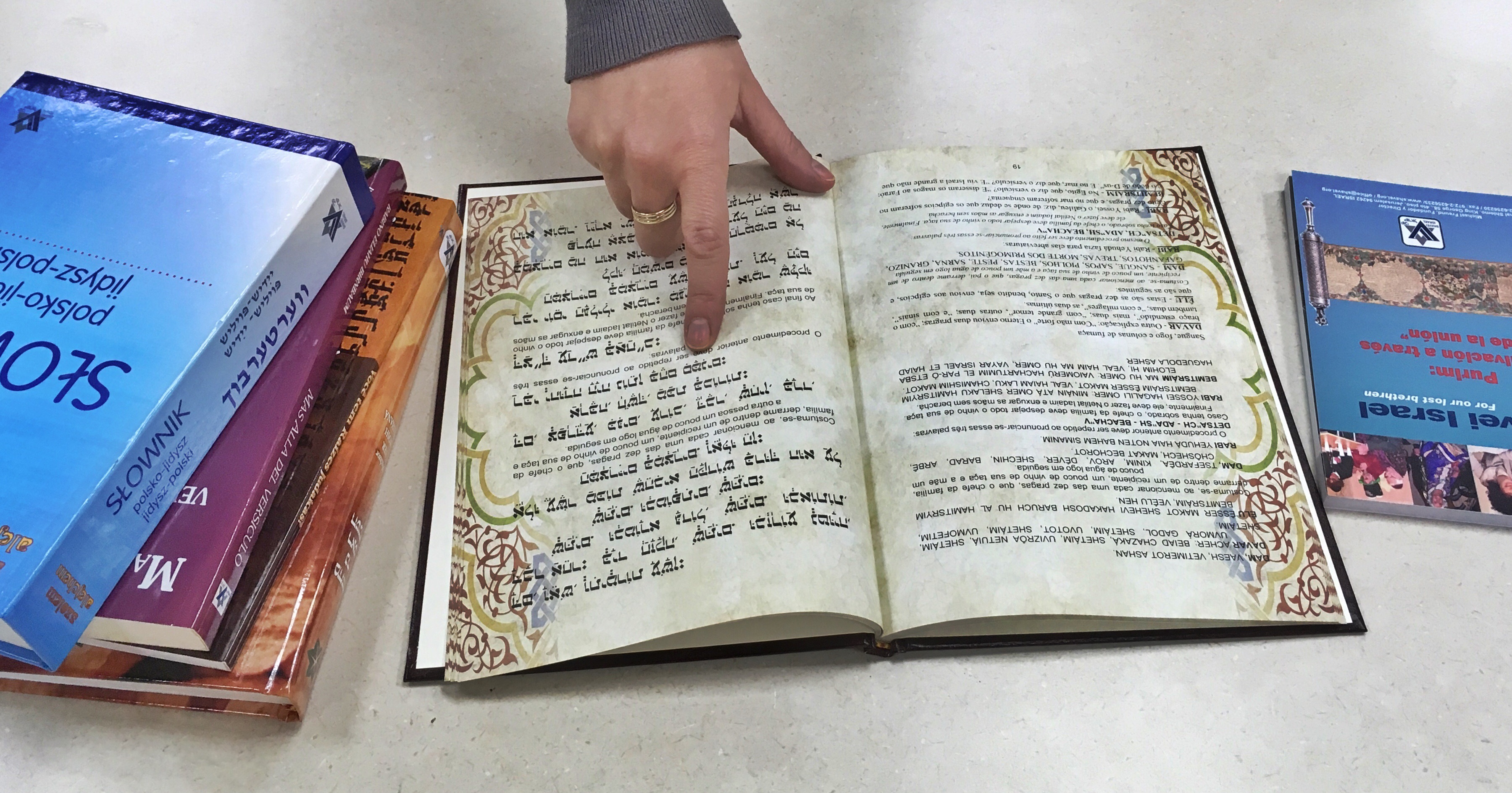